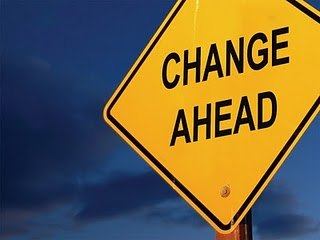 Change is a fact of life. Period. However, people are reluctant to accept change. This is our nature as we sometimes oppose it, preferring to stay within our own comfort zone of what is known and accepted to us or to the people that surround us. But it is also true that sometimes the change arround you is stronger than you, it continues and enforces you to accept it. Almost in every field of endeavor, the arts, social sciences, medicine, business, most new ideas always encountered opposition and rejection at first. The more unique and revolutionary the idea, the higher degree of resistance it will meet with the progress that it suggest. People are always afraid of ideas and methods that can make a difference. A lot of times this is generated out of ignorance. Fear of change caused ridicule of Christopher Columbus, Louis Pasteur, Thomas Edison and Albert Einstein and many many others. Every industry goes through a similar evolution. Chiropractors were considered quacks in 1970, the stock market was considered to be (and still is by many people even today)  a form of gambling, the first newspaper in North America, “The Public Occurrence“, released in 1690, was suppressed by the governor of Massachusetts. Until the early 20th century, people used to buy everything at a family-owned small shops. A man named William Thomas Grant had an idea that produced a change. He decided to combine all these separate little shops under one roof to one big store. That’s how the department-store was created. Merchants who had owned old-fashioned retail stores saw their business decline. They struggled politically, by establishing a lobby for their right to do things the old way. They managed to get Grant’s department stores outlawed in several countries. However, in the end, Grant’s department store won. In early 1960, franchising was a revolutionary new technology in commerce, and it too met with resistance.  Stories of people who lost their savings in a particular network franchises were all over the newspapers. It was a real attempt to make the franchising illegal. In fact, only 11 votes in Congress seperated franchising from being set outside the law. Today This “fraudulent” system is responsible for more than 34% of total retail sales in North America, with sales of over a trillion dollars a year in the U.S. alone. The lesson here is this: If there is a better way to do things, it will continue. Here are some qoutes that can help you overcome your fear of change:

“Nothing in life is to be feared. It is only to be understood.” -Marie Curie

“Fear is the lengthened shadow of ignorance.” -Arnold Glasow

Always be ready for change:

“The one unchangeable certainty is that nothing is certain or unchangeable.” -John F. Kennedy

Understand that sometimes you need to change too:

When change happens, sometimes you are not prepared:

“There is a time for departure even when there’s no certain place to go.” – Tennessee Williams

Sometimes change can be negative:

“Not all change is growth, as not all movement is forward.” -Ellen Glasgow

And it is always good to remember that:

“The future comes one day at a time.” -Dean Acheson

Networker & Social Media Expert at SuccessHowTo
Onine marketer, social media expert, and all around great guy. Hezi coachs people on internet marketing and on how to make money from home.